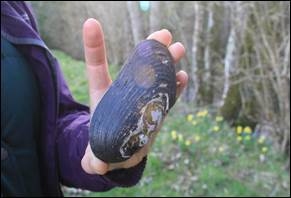 'Restoring Freshwater Mussel Rivers in England' was a project funded by the Biffa Award with third party contributions from the Tarka Country Trust. The project aimed to improve the health of watercourses as well as offering support and advice to communities and landowners on how to reduce river pollution.

The River Torridge has the fourth largest remaining population of the endangered freshwater pearl mussel in England and these are under threat of extinction.  This species is not only one of the longest lived animals in the UK but their presence is a measure of water quality.  Unfortunately, though these mussels were once found across Devon and the UK, they are not thought to have bred successfully since the 1960s due to declining water quality.

The three year project worked closely with farmers and landowners along the Torridge to advise and assist with works to both improve water quality and improve the habitat for freshwater pearl mussels. The project also successfully trialled some experimental captive breeding techniques.